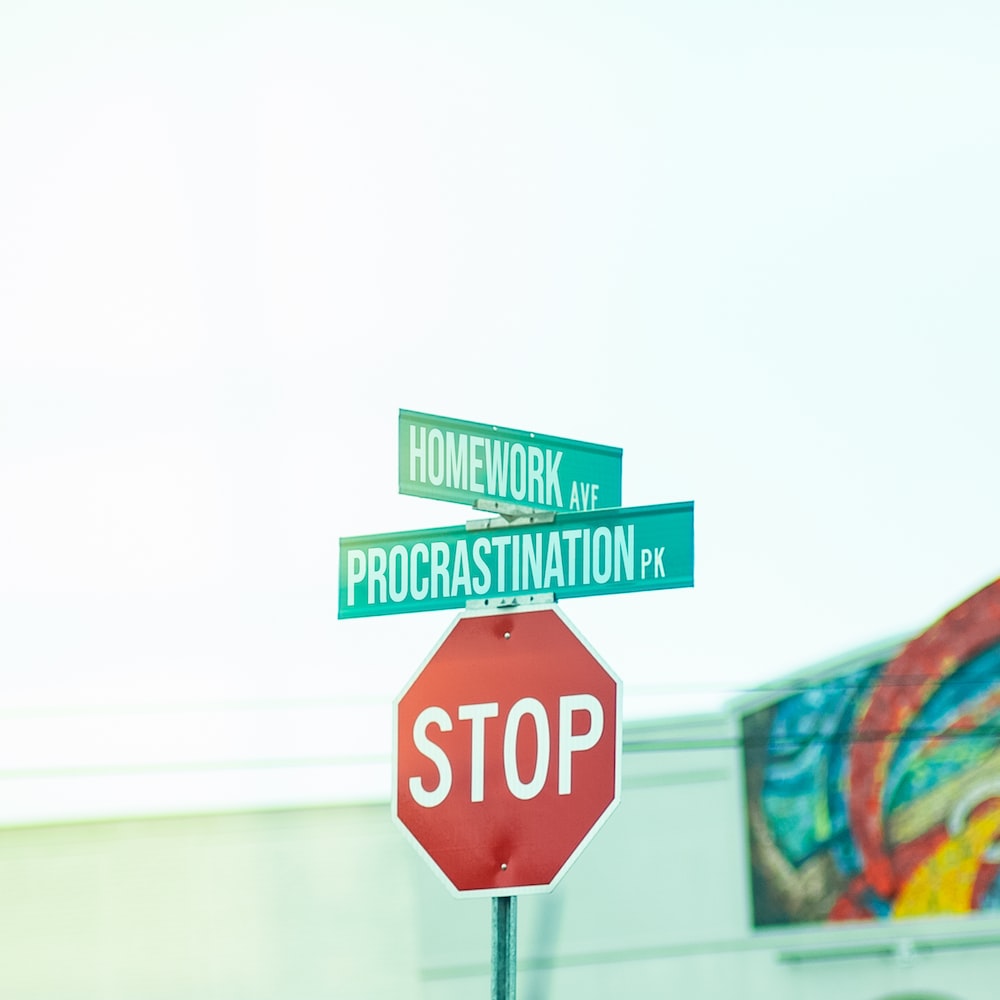 In this age of digital distractions, procrastination has become a leading characteristic of the college experience. According to the American Psychological Association (APA), 85-90% of college students nationwide procrastinate, a statistic that almost makes putting off homework seem like a healthy trend, but what about the measly 10-15% leftover? What do we call those students who would rather pick up the pen than the phone? Since the APA hasn’t assigned a term to such behavior, I’ve chosen to call it hasteination.

Hasteinators don’t dive into assignments; they cannonball. They complete their final product days, if not weeks, earlier than their last-minute counterparts, but that does not necessarily give them the upper hand. Procrastinators envy hasteinators and vice versa. The groups circle one another, each of them anxious at different times for different reasons.

Fascinated by the idea that the go-getters and the dilly-dalliers might stand on equal ground, I interviewed two of my peers. The first, a gold-medalist in procrastination, is a sophomore at Northeastern University. For the purpose of anonymity, I’ll refer to her as Michelle. The second, a sophomore at Berklee College of Music “named” Sandy, is an elite hasteinator. While the girls’ responses were certainly different, they had a parallel quality that forced me to wonder: is one approach to homework truly better than the other? Read below and decide for yourself.

Let’s say you’re required to write a 1,500-2,000 word analytical essay in 20 days or less. When you receive the assignment, what goes through your head?

Michelle: Honestly? Not much. There’s the obvious panic of having an assignment on your hands, but I usually feel that way about anything. Most of the time, I figure I’ll wait until the professor mentions the project or essay or whatever it is, and deal with it then. 20 days is plenty of time.

And what about when the professor reviews the assignment in class? What do you think then?

Michelle: Good God, it’s not fun to admit this. I feel like the laziest person in the world. Um, yeah, I still kind of do nothing. I mean, I think about it, but do I really plan? No. When the professor reviews the assignment, I usually have about 10 days left, maybe less. I still have time.
Sandy: I’m typically fine. I’ve definitely started the assignment by that point, and I try to take note of whatever the professor says in case I’ve done something wrong. That’s always a worry too.

Can you explain the process you undergo in the days before the assignment is due, both mentally and physically?

Michelle: In the days before the assignment is due, I might, you know, consider what I’m going to write about. Physically, there’s not much going on. Maybe I’ll put my name, maybe I won’t. The day before the assignment is due, that’s when the magic happens. I finish it in one go. My brain is hot-wired for this stuff. Write, relax, write, relax. I could probably pump out a mediocre paper in six or seven hours, give or take.
Sandy: Well, I’m either finishing up the paper or I’ve already finished it, but I’m still pretty stressed out. I have too much time to overthink, if that makes sense. My friends always tell me I’m so lucky to have such motivation, but in reality? It’s all anxiety. A blessing and a curse, in my opinion.

During that time, can you rate your stress level on a scale of 1-10?

I’m going to alter the scenario slightly. Suppose your professor assigns you the same essay—same word count, same topic—but only gives you 5 days to complete it, would your stress level rise?

Michelle: Not really. My stress might even be less.
Sandy: That’s usually what my finals are like, and I hate it. An essay in five days is a death sentence. I freak out until the second I get it done. My stress level is higher than the word count on the paper.

Considering the difference in time span given to you, would you take the same approach to both of those assignments?

Michelle: Oh, definitely. No matter how much time I’m given, I know I’m going to end up putting the work off until the last minute.
Sandy: I try to take the same approach, which is planning first and then writing, but it’s very hard. I just don’t have the time to do things my way.

As human beings, we become stuck in our habits. A procrastinator will push off and a hasteinator will push on because that’s what they’ve trained themselves to do. So why the jealousy? Why does one wish to be like the other and vice versa? You can wait to get things done or you can complete the task now. No puppeteer will guide you in either direction. It’s simply a matter of which way works best for you, tradition or change.