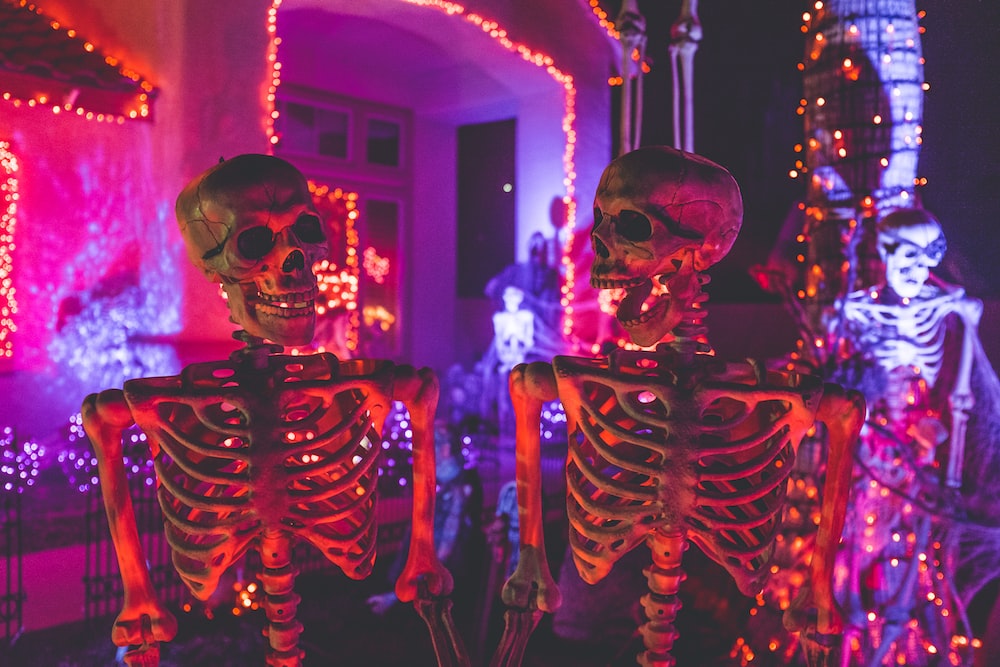 Halloween is one of my favorite times of the year. It often comes in the middle of the semester right after a stressful midterms season, presenting an excuse to take a weekend off, dress a little slutty, and have a good time. Every year, before Covid obviously came and altered that a bit, October came with thoughts of that year’s Halloween costume as everyone’s anxious to look their best to celebrate this spooky holiday.  Halloween has a long and rich history which comes with some scary costume practices and I don’t mean the creepy-ass masks that used to scare me as a child. The scary practices I am referring to are the scarily ignorant ones like cultural appropriation. This frightening practice is bad enough on its own but it also contributes to Halloween’s scary history of commodifying cultures.

Halloween, as it is known today, has ancient roots that may date back over 2,000 years. Before we had Halloween, many historians believe the holiday originated from the ancient Celtic pagan festival of Samhain. In the past, “Samhain marked the summer’s end and the beginning of the year’s ‘darker’ half in the British Isles.” During the festival, the world of gods becomes visible to humans; some people offered treats and food to the gods to evade the supernatural mischief while others wore various disguises. These disguises or costumes came in the form of animal skins and heads in an attempt to make wandering spirits mistake humans as one of their own. In the 11th century, Christianity adopted October 31 as a holiday in an effort to “reframe pagan celebrations as its own,” deriving that name “Halloween” from “All Hallows Eve” and many traditions of Samhain— including costumes— were passed on.

When the first wave of Irish and Scottish immigrants began arriving in the US during the 18th century, Halloween superstitions and traditions migrated with them. Once it entered American culture, Halloween’s popularity quickly spread and, according to fashion historian and director of New York University’s costume studies MA program Nancy Deihl, many people wore “frightening get-ups, which were made at home with whatever was on hand: sheets, makeup, improvised masks.” By the 1920s and 1930s, people were holding annual Halloween masquerades for adults and children and costume preparations began as early as August. Since the holiday falls right between summer and Christmas, as with all practices in America, marketers started using this to their advantage as Halloween became more commercialized according to Deihl. As this commercialization continued, there was an emergence of pop-culture-influenced costumes along with major costume manufacturing companies. Along with this, “People also became fascinated with impersonating characters at the fringe of society.” Additionally, as TV brought pop culture into family homes after WWII, “American Halloween costumes increasingly took after superheroes, comic characters, and entertainment figures.”

To this day, Halloween costumes continue to evolve as pop culture and trends change. As costumes evolved to depict and represent a wider range of characters and public figures, cultural appropriation became embedded in Halloween culture. Whereas now, social awareness has led many people to openly discuss cultural appropriation, that was not the case in the past. It was normal for many people to inappropriately dress up as not only characters of different ethnicities but also as those ethnicities and wear often incorrect or insensitive depictions of their cultural attire. Even though this includes painting one’s skin and participating in more extreme forms of racism such as Blackface, that is a larger conversation that extends beyond Halloween and I will not delve deeply into those issues. However,  that is a widely racist and inappropriate practice that is often intertwined in the cultural appropriation that takes place during Halloween.

On a broader level, many celebrate Halloween with culturally insensitive or racist attire as costume stores stock the “Arabian Sheik,” “Mexican” and “Indian” costumes every year. These costumes depict these cultures in the most culturally stereotypical and inaccurate depictions of these ethnicities. For example, “Mexican” costumes often depict the image of wide sombreros, ponchos, and handlebar mustaches and “Indian” costumes depict an image of wearing fringe, fake suede, feathers, and braids. Not only are these costumes culturally insensitive and inaccurately depict the cultures they represent, they also allow costume companies to commodify these cultures and essentially profit from cultural appropriation and racism. Furthermore, to make matters worse, the models depicting these costumes are often White people, contributing even further to the violence of cultural appropriation. Henu Joesphine Tarrant, a New York-based artist and performer of the Ho-Chunk, Hopi, and Rappahannock tribes says:


“When it comes to Halloween in the Native community, it's like a big eye roll. It becomes exhausting. It goes deeper than what you're dressed like. When you really look at it and you really study these tropes and stereotypes and what they mean and how they affect us as Native people, you know they're all rooted in a historically violent past.”


She also continues to explain how the costume represents indigenous people as a monolith frozen in time. This is true especially for depictions of native Americans and other indigenous peoples but it also extends to other ethnicities who year after year are profited from and harmed by these practices. While more obvious and now outwardly shunned practices such as Blackface have apparently slowed down (note the use of the word “apparently”), the selling of costumes explicitly based on other ethnicities are still produced. So, this is a reminder to not contribute to these horrible practices and participate in cultural appropriation this year. Associate Professor Rudy Gueverra Jr. from the school of social transformation has great advice when it comes to cultural appropriation during Halloween. “The rule of thumb I tell others about the dangers of cultural appropriation and commodification with Halloween costumes when it comes to cultural groups is this: Don't do it. Period. People and their cultures are not costumes. Regardless of the person's intention, a line always gets crossed that exotifies, objectifies, and or stereotypes other people and their culture.” I agree with Guevarra’s sentiments and there are actually several ways you can help combat cultural appropriation this Halloween.

First, do not be afraid to call anybody out who plans on dressing up or dresses up in an inappropriate costume. Simple guidance and sharing resources with those who may be unaware of the heinousness of the act in itself and the effects such as contributing to a system that directly capitalizes on and benefits from cultural appropriation and racism can be really effective. Additionally, if a website has the option, report any racist or inappropriate attire or leave a negative review in an attempt to have the product removed and reach out to the company directly if you need to. Furthermore, if you are able, donate to marginalized communities this Halloween who are most affected by these practices of cultural appropriation. As we continue this conversation and attempt to make any type of change, it is important we listen and support those most affected by these practices and take a stand against the capitalistic evil of commodifying various cultures.